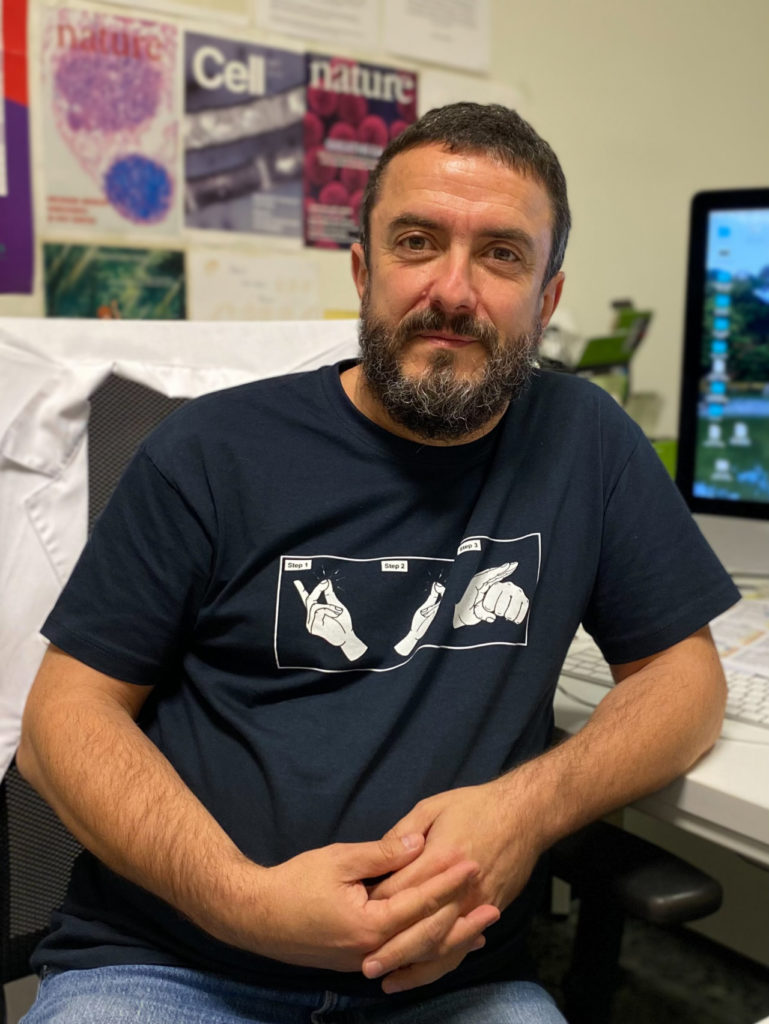 Manuel Collado is an I3-SNS investigator at the Health Research Institute of Santiago de Compostela (IDIS) where he leads the Cell Senescence, Cancer and Aging Laboratory since 2012. Before that, he obtained his PhD at UAM in Madrid in 1997 for work done at CNB (CSIC-UAM) and was a postdoctoral student, first at the Ludwig Institute for Cancer Research in London, UK, and later at NYU Medical School and at Memorial Sloan Kettering Cancer Center in New York, USA. He returned to Madrid, Spain, in 2001 to join Manuel Serrano´s group at CNB. The laboratory moved in 2003 to the Spanish National Cancer Research Centre (CNIO), where he worked for almost 9 years as staff scientist.

During his career, he has published more than 70 papers, several of them in high impact journal such as Nature (3 articles), Cell, Cancer Cell, Cell Stem Cell, PNAS, EMBO J, Genes & Development, Nature Communications, Aging Cell, Cancer Research, etc. He is also the author of some the most cited reviews in his field published in Nature Reviews Cancer (2 reviews) and Cell (2 reviews).

Along the years, his scientific work has been mainly focused on cancer and in particular tumor suppression mechanisms, working mainly on cell senescence. On this subject he has published more than 20 articles, among them the first in vivo description of oncogene-induced senescence in Nature (more than 1000 citations) or the identification of programmed cell senescence during embryo development (a “highly cited article” in his field according to Thompson´s Web of Science), and more recently the description of a new family of senolytic compounds (Nature Communications).

Biologist graduated in 2012 at the University of Vigo. In 2013 she got a Master´s degree in Biomedical Research. She joined the Stem Cells in Cancer and Aging Laboratory, in the Clinical University Hospital of Santiago de Compostela, as a PhD student.  She obtained her PhD in 2019 studying cell senescence and its relationship with physiological and pathological processes. Since 2020, postdoctoral fellow of Xunta de Galicia. 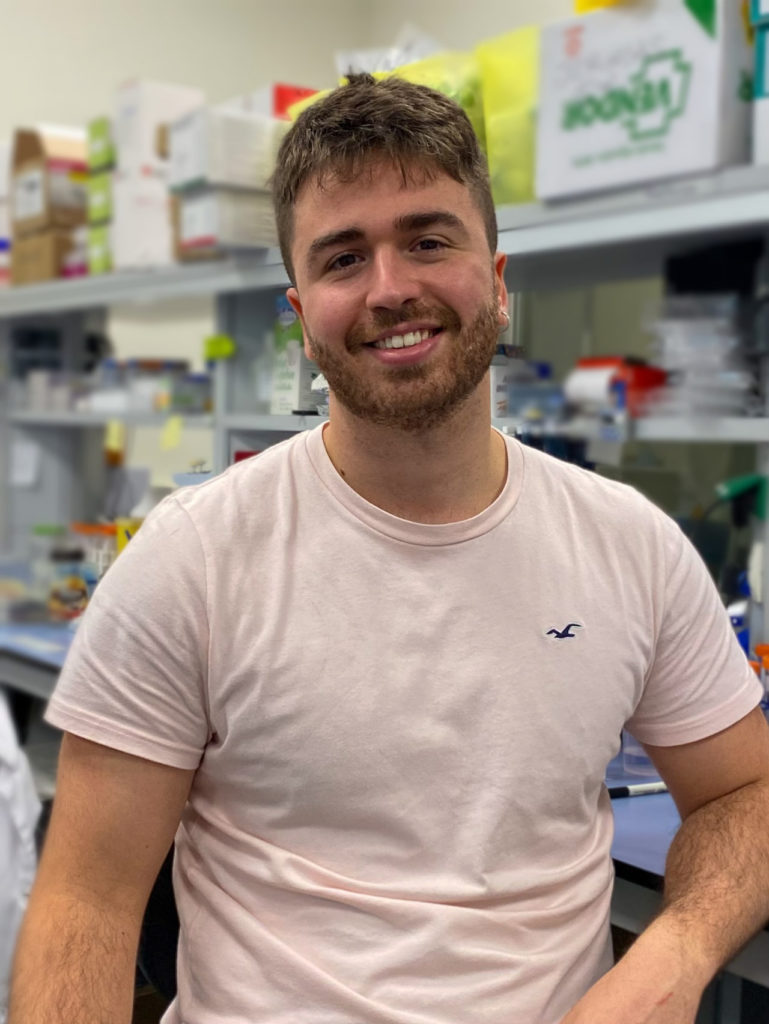 BSc in Biology at University of Vigo, MSc in Genomics and Genetics at University of Santiago de Compostela. His research is focused on the use of cellular reprogramming to better understand cancer and aging. In 2021 he obtained a predoctoral fellowship from Xunta de Galicia. 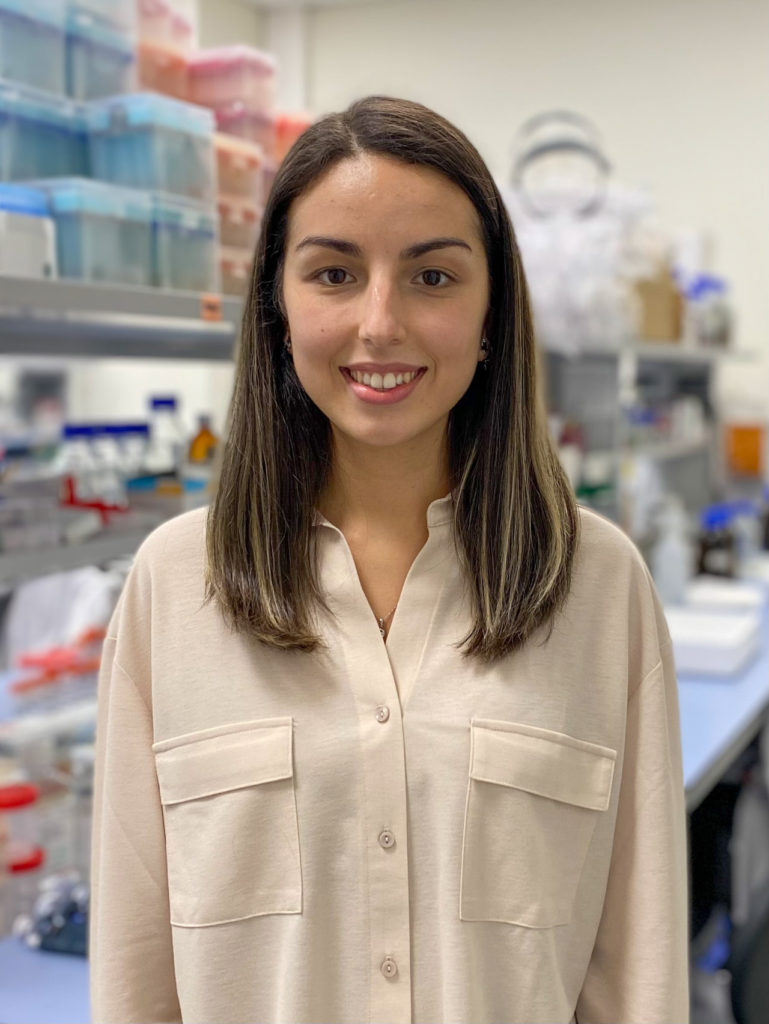 Nurse graduated in 2018 at the University of Santiago de Compostela. In 2019 she got a Master’s degree in Biomedical Research at the same University, at which point she decided to continue her work at the Cell Senescence, Cancer and Aging Laboratory in order to get a PhD. She receives funding from Xunta de Galicia. 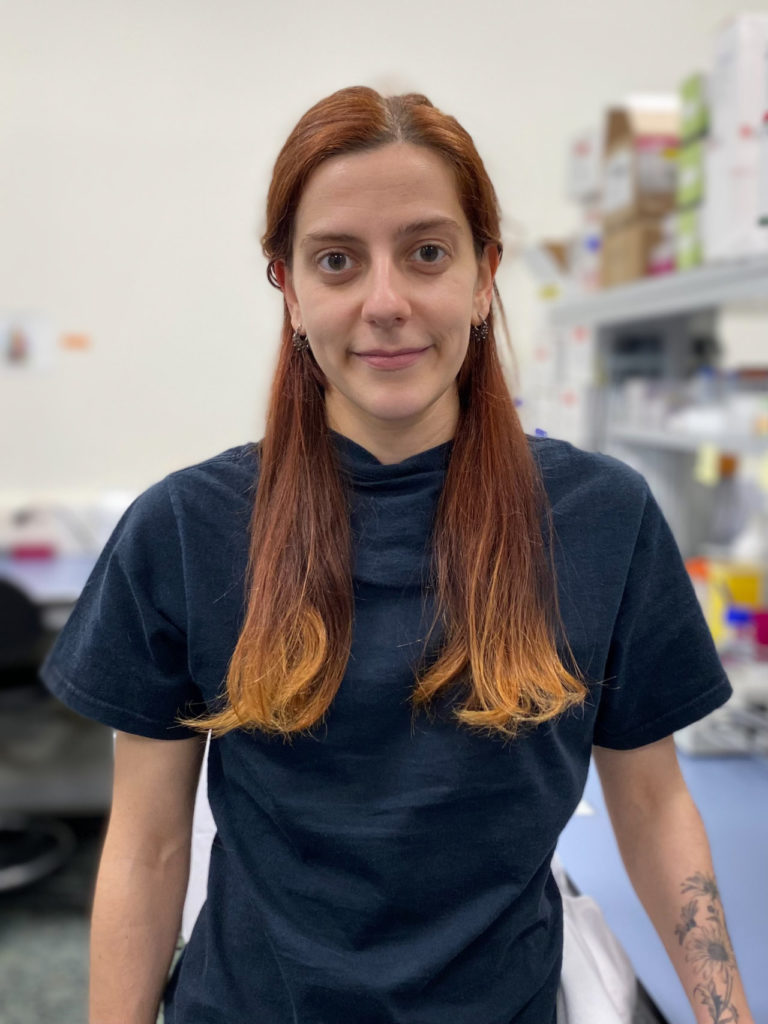 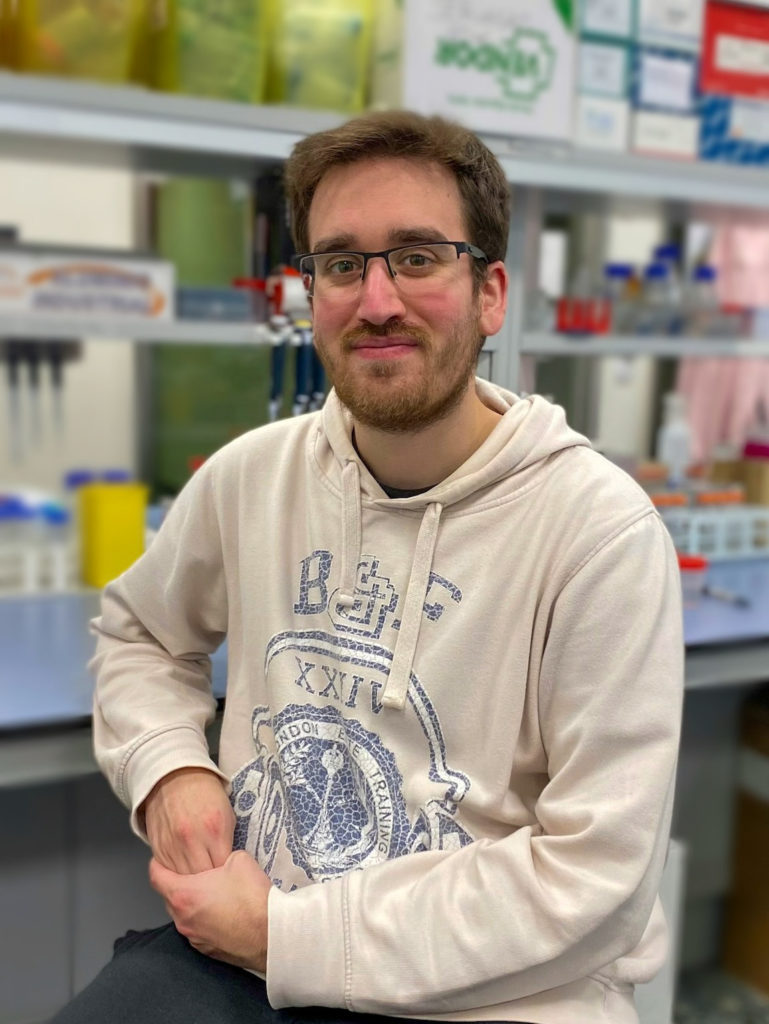 BSc in Biology at the University of Santiago de Compostela in 2015. MSc in Biomedical Research at the same University in 2016. He joined the Molecular Medicine PhD program in 2016 and received the support of Xunta de Galicia for his PhD studies. He defended his thesis and obtained his PhD with highest qualification from USC. He has studied cellular reprogramming of oncogenically transformed cells to analyze how reprogramming factors affect the neoplastic phenotype. Since April 2022 he has been hired as a postdoc fellow in the lab. 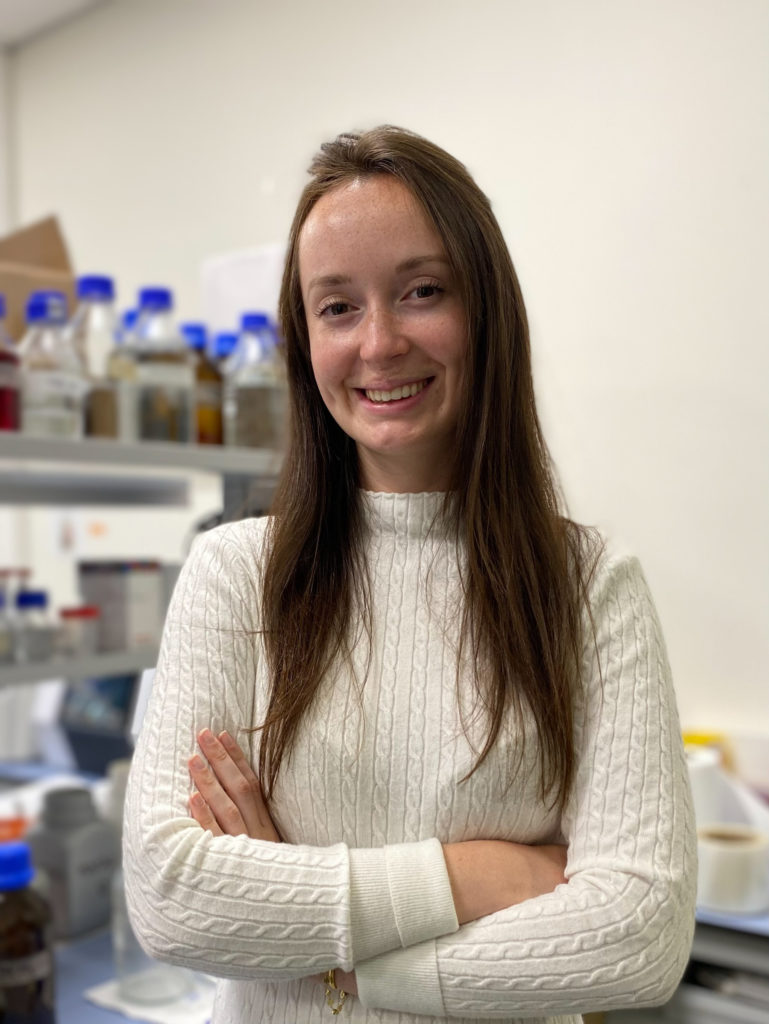 Biologist graduated in 2018 at the University of Santiago de Compostela. That year she joined the Laboratory of Cell Senescence, Cancer and Aging in the Clinical University Hospital of Santiago de Compostela. In 2019 she got a Master´s degree in Genomics and Genetics at the same University and in 2020 she received a PhD fellowship from Xunta de Galicia. Now she continues her work in the lab as a PhD student. Her research is focused on studying the regulation of the pluripotency factor SOX2 in cancer cells. 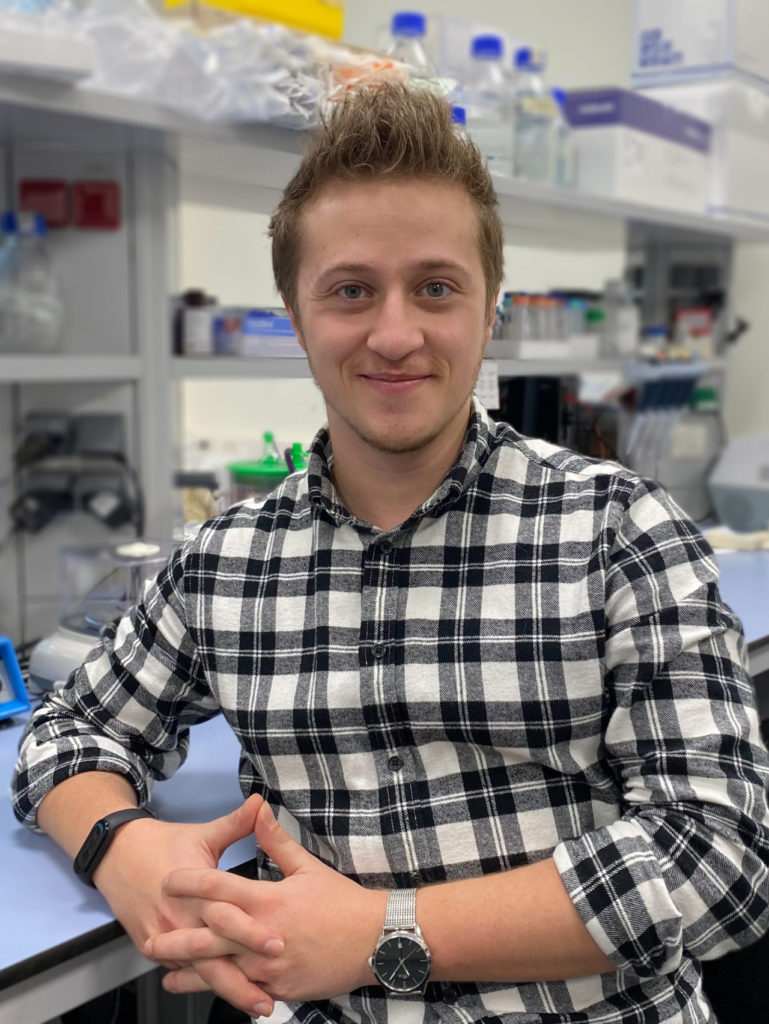 Biologist graduated in 2018 at University of Santiago de Compostela. In 2019 he joined ColladoLab in the Clinical University Hospital of Santiago de Compostela and obtained his Master´s Degree in Genomics and Genetics at the same university. Then he decided to continue his work to get a PhD in Molecular Medicine. His research is focused on the senescence-associated secretory phenotype and intercellular communication in the context of cancer, with a special interest in extracellular vesicles.